I finally started to work on this process a few days ago. There is one highlight I can show to the world already: I requested the creation of a mailing list for regression reports and it was granted, so now regressions@lists.linux.dev exists. I also submitted a patchset to get it mentioned in the documentation and the document about "reporting issues" to the Linux kernel developers; the latter will tell everyone that they should CC that list or forward their reports there if it happened in one of the rare subsystems where reports need to go to some bug tracker. Those patches are still under review, but I'm optimistic to get those changes merged soon. Once they hit mainline, I'll properly announce the list to the world. 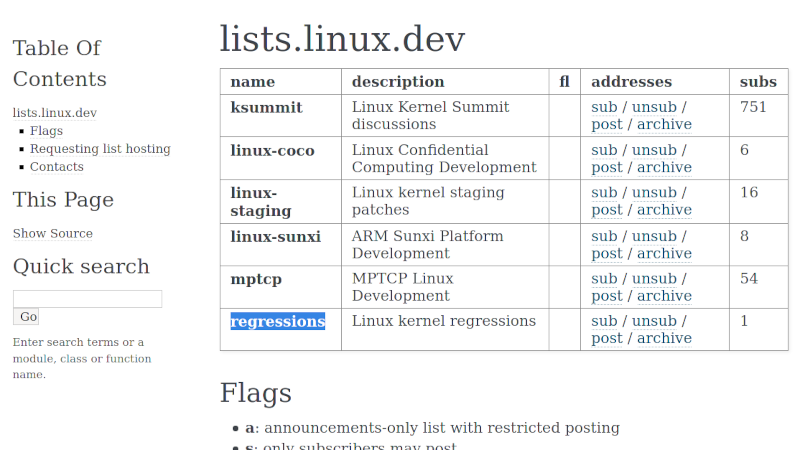 That list will make it a lot easier for my bot to actually find regressions, but obviously it won't be used all the time – that is something the bot this project creates will ignore in the beginning to keep things simple, but hopefully that will change over time.